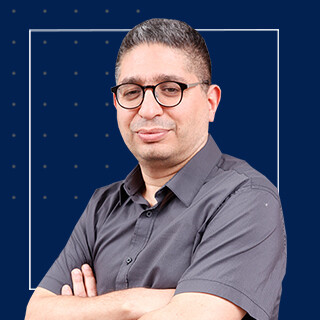 30 years of experience have not dulled the fascination Gil Tayar has with software development. His passion is distributed systems and figuring out how to scale development to big teams. Extreme modularity and testing are the main tools in his toolbelt, using them to combat the code spaghetti monster at companies like Wix, Applitools, and at his current job as software architect at Roundforest.

In his private life, he is a dad to two lovely kids (and a cat), an avid reader of Science Fiction, (he counts Samuel Delany, Robert Silverberg, and Robert Heinlein as favorites) and a passionate film buff. (Stanley Kubrick, Lars Von Trier, David Cronenberg, anybody?) Unfortunately for him, he hasn’t answered the big question of his life—what’s better, static or dynamic languages? But he’s working on it.

Docker and the Path to a Better Staging Environment

Even when the staging environment is great, it has one problem—there’s only one. If you want to test a feature branch, you have to “allocate time”, or alternatively install the feature branch and risk disrupting other testers. It’s time the testers took control! And build their own testing environments using Docker, Docker-Compose, and Kubernetes.

In this talk, he will show how to deploy an app on your local machine using Docker and Docker Compose, and run an E2E test on it. Also, he will describe the necessary changes needed to make the application deployable in such a setup—turning it into a Twelve-Factor Application.