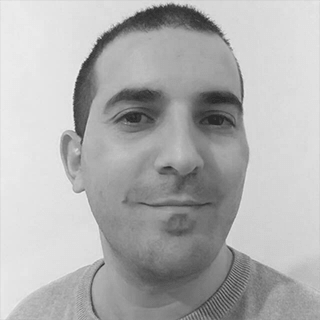 Mr. Saar Rachamim has B.Sc. in Computer Science from the Academic Tel Aviv Jaffa College. He has  been working with Selenium, Appium and API testing. He is fond of developing Automation tools in  different technologies.  Saar is working in Israel at Gett, which ​is a global on-demand mobility company that connects customers with transportation, goods and services. Customers can order a taxi or courier either through the company’s website, or by using the company’s GPS based app​.  Saar loves to see movies and series at his free time, learn new languages and discover new  technologies.

Develop Your Own Performance Tool Integrated with Selenium

Integrating Selenium tests as part of Automation tools is not something that is considered every day. The question is “why”. Automation developers that test UI of their product use it in their daily work, some of them can be considered as experts at their field, but when development of automation tools is considered, mixing the two does not form to a raw idea. In one of Saar’s projects, he encountered a situation where joining Selenium started as an idea, but it finished to be a part of the solution.

While giving a live demo, Saar will explain not only the “why” and “what”, but also the “how” – How to take a problem we all face and translate it to a code.

Web applications are becoming a part of each business in the marketplace, whether it is a restaurant that want to promote itself to all of the potential customers, or it is a revolutionary startup that one of the platforms of the product is developed over the web.  Selenium gives the solution needed for UI Automation testing for Web Applications. It supports several browsers, operating system, coding languages etc. Selenium has a large community who supports and extends the code. It is an open source and widely used. Due to all of the above, when thinking about Web Automation Testing, Selenium is the first solution that come to mind. In this hands on session on Selenium, attendees will create an instrastructure for web testing from scratch.