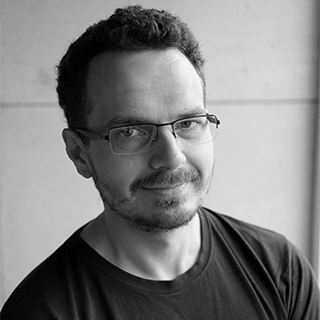 Bartosz Szulc is a Tester at heart. One could say, born to test. He is keeping hands dirty with test automation and scripting since he started professional career. Bartosz is designing strategies, architecting, delivering frameworks and test environments for web and mobile applications. He is also actively involved in local testing communities and presenting on most popular testing conferences in Poland. Since joined Spartez, he helps developers become better testers. Bartosz is in love with big data statistical analysis and in pursuit of quantifying quality in Software Development.

Doublers in tests. Wiremock vs Mockito

Having problems with defining automated test strategy for your system built out of microservices? Heard about test doubles in unit testing but not sure how to apply the idea to your context and what tools to use? I will talk about Wiremock and how can it help you, while comparing it to Mockito.

Have you heard about mocking or test doubles? Have you ever implemented test double with Mockito while unit testing, but aren’t quite sure how the idea translates to world of microservices? I will present to you Wiremock, a tool that for the purpose of testing helps you replace real service with its programmable representation. What kind of problem Wiremock tries to solve? What are the risk behind relying on test doubles? What are the capabilities of the tool and how they’re comparable to Mockito. Those are all the questions Bartosz will address these using examples. He will show you in code how a thing can be done in both Mockito and Wiremock, how mocking objects translates into mocking services. He will also discuss advanced features of Wiremock like proxy, custom transformations, failure injections. He won’t limit himself only to implementing automated tests for the tool, but he will also discuss how it can be used in supporting exploratory testing.

Have you ever struggled reading code coverage reports? Have you ever worried what the missing coverage tells you? Bartosz approached code coverage from risk perspective. He combined multiple sources of data into one, to find out how good tests are, and, whether we need all them.
He claims:
It’s always been a problem of mine to understand what code coverage reports want to tell me. Couldn’t wrap my head around this one particular number they come up with, the percentage of code covered with tests. Is the current percentage ok? Should it be higher? Is 80% enough or should I do something to reach magical 100%? I had to find answer to those questions while working on major refactor of a system. The problem was, is the coverage good enough to give green light the refactor. To answer the question I decided to first look at the coverage from the very most low level. Looked at the lines that are and aren’t covered. Driving the analysis with risk. Assume that all types of automated regression tests you have in your project cover 80% of your production code. This coverage is assured by unit tests, API level tests, webdriver tests and other system level tests. Besides knowing 80% of code is covered with a test, the number also tells you that 20% of your code is missing any test. Now switch from percentage to number of lines. In my case, the system we were about to refactor consisted of over million of lines of code. One fifth of a million is a lot of code missing coverageâ€¦ a lotâ€¦ butâ€¦ not every line is equal in value and thus equal in risk. So what was the value and risk associated with each line missing coverage? One way of looking at risk is by the probability of something unwanted occurring multiplied by the impact it causes. Missing test for a line of code is definitely a risk. Nothing will tell you when the line is wrongly modified and that the modification is going to cause a bug in production. You may ask, how likely it’s bug happens for particular line of code, and if a bug slips what does it mean to your end users, would they even notice? The good thing is if you follow naming convention for code commits and link your commits to types of changes, you can obtain historical data that will tell you how often bugs are being addressed in a particular fragment of your application. So you have the first part of risk equation. The problem is how you translate business value to code? How you decide what parts of code are most valuable and thus potentially causing most impact when something goes wrong? One way of doing so would be to understand what features are most popular amongst your users, and what parts of the code are responsible for making those features accessible. As an example take a feature that is exercised by making a HTTP call to your REST API. Popularity of this feature can be understood as the number of requests made to particular REST API resource. The code that is involved in handling request to the resource, includes everything that gets called in your application on a request. I combined multiple sources of data, such as historical data of bugs, production code meta information, access logs, code coverage reports, and came up with a report I was looking for. One that could tell me what tests I am missing, for what lines of code, based on their risk. This is the report I want to show you. I’d also love to share with you lessons learnt and some ideas on how perfect coverage should look like taking under consideration risk. I will also discuss test impact analysis, one of great benefits of understanding your test coverage to optimise test runs and reduce the likelihood of hitting flakey test.

What are the three biggest takeaways you will take from my walk? – How to analyse code by risk and what sources of data might be helpful. – How to find most important missing tests that would bring most value. – What determines good code coverage. How to run only the tests you need to run.